Events at The National Exemplar 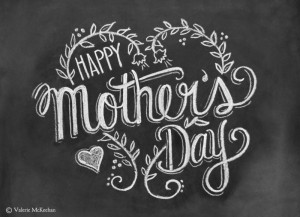 Sunday, May 10: Mother’s Day at The National Exemplar
Treat your wonderful mother to a special meal at The National Exemplar.
Our brunch menu will be served 7 a.m.-2:30 p.m., and dinner will be served 5-9 p.m.
We put the special touches to make this celebration one she’ll remember for a long time, including a complimentary rose for every mother.
Reservations are filling up, so call or visit us online to make your Mother’s Day reservations soon.
Enjoy Dinner With Renowned Wildlife Artist
John Ruthven!
Friday, May 22nd 7:00
$35/person
John will personally select one of his favorite prints for a silent auction.  Proceeds from the auction benefit the Cincinnati Nature Center. 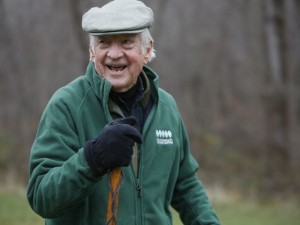 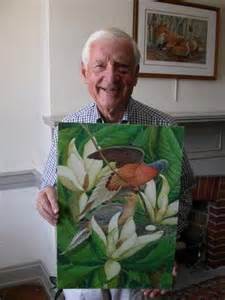 A new owner of Mio’s

The Founder of Mio’s

The Man Behind the Curtain of a Family Business

Names like Buddy Larosa, John Schnatter of Papa Johns, Tom Monaghan of Domino’s, and other men resonate as leaders and innovators in the pizza business. But what of Mios, “Your Neighborhood Pizzeria”? Mio’s has a wonderful tale to tell, but few have heard it. It is high time people heard about the man behind the curtain.

Mio’s Pizzeria was founded in Hyde Park in 1975 by my father, Ray Spurlock. He was raised in Cincinnati to a hard working, blue-collar family and had meager means. Ray’s truly tireless work ethic allowed him to work from open to close every day, propelling his small pizzeria forward by the sweat of his brow. The quality of his work was apparent as Mio’s grew from one small location in Hyde Park, to eight locations all around Cincinnati. After hearing his customers endlessly say, “I just love Mio’s,” Ray knew that Cincinnati had a love affair with Mio’s pizza. The saying “I Just Love Mio’s” has been on our pizza boxes ever since and the concept of love will forever be a huge part of the ethos of our company.

Throughout the years, Ray introduced many unique features into the Cincinnati pizza market. Mio’s was the first local pizzeria to add home delivery, add children’s coloring contests and children’s own “Make-and-Bake” nights each week, and the first to add deep dish pizza and stuffed pizza; all such innovations are still in existence and doing well today. Mio’s has been honored and awarded both locally and nationally for our quality and inventiveness. Ray retired in 2001 but after a 14 year absence, he’s back as the owner of Mio’s in Mariemont and he is working closely with current Mio’s CEO, Allen Harless, to make improvements in the company.

Ray took over Mio’s in Mariemont on October 1st from the owner of 14 years, Jim Shaner. To add a sad turn to the tale, Jim passed away on October 13th of a heart attack. He is remembered fondly by all of his family, friends, staff, and following of loyal customers.

Mio’s is in my family’s blood. My father, Ray, met my mother, Jennifer McDuffie, at Mio’s in 1980. A wonderful match, my parents have raised a great family and built a wonderful business. If you come into the store, you’ll see my father laughing and joking with customers as he hosts in the dining room on Friday nights and you’ll see my mother working in the dining room during most lunches, smiling and treating every customer as dearly as she treats our own family (as that is the only way she knows how to treat people).

Since taking over the Mariemont location, my dad, ever the creative culinary genius, and some of the staff, have planned a number of exciting new original crust pizzas, a completely new line of delicious and decadent deep dish pizza, updated salads, new appetizers, and an expanded line of craft beers. The store has new ovens, heating, doors, a renovated and redecorated dining room (in progress), and an expanding kitchen in order to better serve the community with dine-in, carryout, and delivery. My father, mother, and I are committed to truly being your family-owned and operated neighborhood pizzeria.

We are so excited to be a part of the Mariemont community again. If you have enjoyed this article and/or you are a Mio’s lover, please come in and introduce yourself. We are always here and we would be thrilled to make your acquaintance.

Written By: Sean Spurlock. He is a recent college graduate, an aspiring restauranteur, and Ray Spurlock’s eldest son. 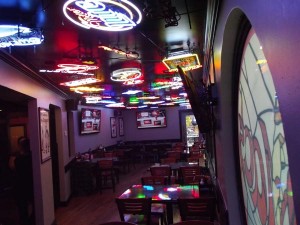 Mac’s Pizza Pub continues to flourish and was just voted to have the best pizza in Cincinnati by Cincy Magazine. Mac’s Pub is family friendly and has selections to satisfy even the needs of customers that are vegan, vegetarian, or require gluten free items. Moreover, it has a great selection of local craft beer and all the accoutrements of a fine sports bar that include17 HD TV’s connected to the NFL Ticket, Big 10 and SEC networks for your sports viewing. It has a private party room that can easily accommodate groups of up to 50 persons. Phone 513-271-6227. web site macspizzapub.com, address 6309 Wooster Pike, 45227 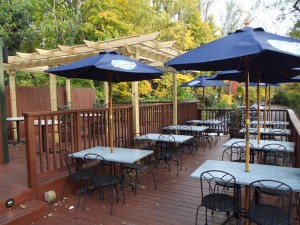 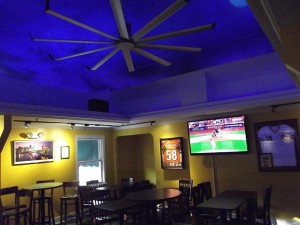 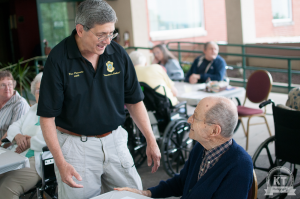 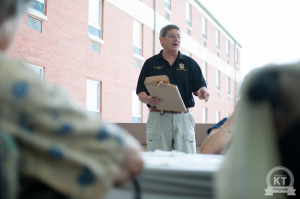 The Beatles were about to arrive in the U.S., and fans were completely obsessed. This comedy tells the story of a group of teens set our to meet the Fab Four in person.

Q&A discussion after the film with Hamilton County Auditor Dusty Rhodes, who was responsible for first bringing the Beatles to Cincinnati while he was a disc jockey for WSAI. Also Scott (Belmo) Belmer, an internationally recognized Beatles historian and author of the new book, “THE BEATLES INVADE CINCINNATI”, the complete history of the Beatles’ two Cincinnati concerts in 1964 & 1966.

Seats are limited. Advance tickets for all three events available at the box office, or can be purchased online here: https://www.movietickets.com/purchase/perf_id/749309479/movieid/50664/language/0 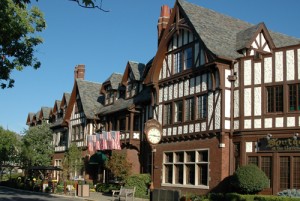 Check It Out At www.nationalexemplar.com  and take a look at the Great pictures of delectable treats.

Dr. Madden attributes his successful practice to a passion for excellence in dentistry-with a reputation is built on skill, integrity, and a friendly office environment, with long term, experienced personnel.  He is certain that each years Top Dentist designation is greatly a reflection of his unsurpassed staff.  Smiling happy people greet, treat, and truly care for each patient.  Dr. Madden’s team focuses on individualized care, patient education and quality results.
Dr. Madden is a member of the American Academy of Facial Esthetics.  This accreditation affords him the expertise to incorporate the highly sought facial enhancement of Botox and Juvederm.  Coupled with state-of-the-art dentistry, these treatments results in true smile design, rendering smile make-overs not available in most dental offices.

Dr. Madden’s passion extends far beyond U.S. borders and into South Africa, where he joins a dedicated team bringing care to many who have never seen a dentist.  It’s a true mission with gratifying results.  “Our goal is to train and hire South Africans, this way we provide dental care and jobs to the truly needy and impoverished.”  Locally, Dr. Madden had taken a position as Director of Dentistry at the Good Samaritan Free health Center where he coordinates services with over sixty local volunteer providers.  He also acts as an advisor in the planning and design of dental care services within the Citylink Center “I may someday retire from dentistry,” he muses.  “But mission and volunteer work could keep me practicing forever.”