Why does everyone say that Mariemont is a great place to live?

Mariemont is a small community with 1300 households on the east side of Cincinnati that enjoys the trappings of a major metropolitan area while still retaining a special identity. Three words sum up the Mariemont experience: convenience, community and charm.

Mariemont was founded by Marie Emery in 1923 as a planned model community with authentic Tudor architecture that replicates the appearance of an early English village.

The central Mariemont Square is anchored by the renowned Mariemont Inn and the Mariemont Arts Movie Theatre. A wide variety of shops and businesses are nearby and a trip to downtown or other major shopping centers takes less than 15 minutes.

The Village encompasses just one square mile of flat landscape that makes for easy walking or bicycling along tree-lined boulevards where neighbor greets neighbor. Add these distinguishing features to a Mariemont School System that is second to none in the Greater Cincinnati area.

There is an amazing amount of history packed into the one square mile area that comprises the Village of Mariemont.  Long before Mary Emery developed the concept of a “model town,” people were living and raising their children here. 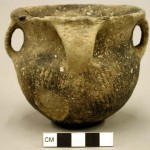 Clay pot from the site near Mariemont swimming pool

From about 1400-1650, the area at the end of Mariemont Avenue was occupied by a group of Native Americans. Little is known about these people beyond what archaeologists have learned from examination of their artifacts and skeletal remains. The people had disappeared before European traders and explorers reached this area. Today, the artifacts uncovered in two major digs (1876 and 1987) are housed in over 30 museums around the world, with the most important pieces being located in the Smithsonian, Harvard University’s Peabody Museum, and our own Cincinnati Museum Center.

Mariemont’s location above the Little Miami River made it desirable for the next group of people to occupy this area, the early settlers. The first group arrived here from New England in 1789, one year before George Washington began his first term as President. They originally located their settlement on land now occupied by Lunken Airport, which they named Columbia. However, it proved to be troublesome, as it was prone to flooding. The Ferris and Stites families wisely chose to settle here instead, and became successful farmers. Joseph Ferris used water from the local creek and corn from his fields to become a prosperous distiller. The area around the Boathouse is still known as “Whiskey Hollow.” His brother, Eliphalet Ferris, built his house on Plainville Road in 1803, and expanded it in 1812. It is still standing (and in use) and is one of the oldest buildings in Hamilton County. The cemetery behind the Mariemont Community Church is the resting place of many of the early pioneer families. 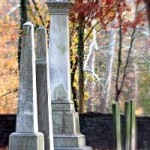 The land that makes up the Village of Mariemont continued to be used for cultivation until the beginning of the 1920’s, when Mary Emery (1844-1927) arrived on the scene. 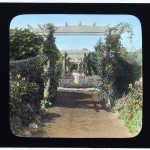 Gardens at “Mariemont” in Rhode Island

Appalled by the unsanitary housing conditions in downtown Cincinnati, she was determined to use her vast fortune to establish a “model town” which would be planned in every detail to provide its residents with a high quality of life. Mrs. Emery and Charles Livingood, who administered her many philanthropies, hired John Nolen, an internationally known town planner. He developed the village as a “national exemplar,” to be repeated throughout the US. Mrs. Emery named the new town after her summer home in Rhode Island, and it is pronounced “Mary-mont.” 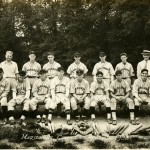 The result of Mr. Nolen’s careful planning was a village with a real sense of community. From the start, there were baseball games, band concerts, parades and other activities that brought the residents together.

This feeling of community was tested in 1941 when the city of Cincinnati proposed annexing Mariemont, Fairfax, and Madisonville. Residents of Mariemont and Fairfax voted to incorporate their villages as independent entities. Today, the Village of Mariemont is a thriving community, committed to preserving the dream of its founder. 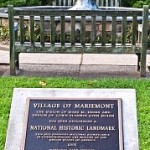 Mariemont is a National Historic Landmark