A Real Estate Trend in Mariemont?

After 20 straight months of increased home sales in Greater Cincinnati, the Cincinnati Area Board of Realtors reports a 14.8 percent increase in February sales and active listings or houses available for sale down 15.5 percent from March 2012.

Mariemont residents and realtors, George Peck and Jerry Garrison complain that there is insufficient inventory of homes for sale to meet the demand in Mariemont. Even though in the Greater Cincinnati region demand has increased relative to supply, prices have inched up only 3 % in Southwest Ohio during 2012.

During the past five months (November, December, January, February and March) in Mariemont, 97 homes have sold from a cumulative inventory month-over-month of 283. The average selling price has gone from $322,000 to $350,604 over this five month period. The average days on market have varied and show no consistent pattern.

It is difficult to identify a distinct trend, but the market does seem to be improving from a homeowner’s standpoint in Mariemont.

Steven M. Kelly, the Fairfax Police Chief, spoke to the Mariemont Kiwanis Club on Tuesday the 19th. He spoke of the reasons why there is a separate police station located in the commercial park on Red Bank road shopping plaza where the Wal-Mart Store is located. He revealed that the Wal-Mart Store had shrinkage losses of about $800,000 last year despite the 216 security cameras in and around the store for surveillance. He noted that these cameras afford an image of every license plate entering and leaving the plaza. Additionally, the police cruisers for the nine police officers employed by Fairfax have ‘reader cameras’ on their cars searching for outstanding warrants and drivers under suspension.

He assured the Kiwanis Club that his police officers have no quotas and seldom arrested speeders unless they are traveling 15 mile per hour or more over the speed limit. Like Mariemont, Fairfax has a Mayor’s Court and a Village Council with six members. Its tax rate is 1.75 %.

Mr. Kelly’s demeanor is very professional and he gave an excellent talk that stimulated my interest in the Village of Fairfax. Did you know that Fairfax covers just 0.76 square miles, has 1699 residents per 2010 census figures and over 50 businesses? Additionally, it has an active Fairfax Swim Club on Southern Avenue, a strong tradition of knothole baseball covering tee ball to age 15 with 11 teams and over 160 participants, and an active Fairfax Youth Organization involving multiple sports.

Carson L. Shelton, the Mayor, is aboard a master plan crafted in 2001 that includes a Bell and Clock Tower at the Western entrance of Fairfax on Wooster Pike.

The Mariemont Community Planning Council (CPC) has started the petition “Ohio Department of Transportation: Do Not Relocate State Route 32 Through Mariemont or its South 80 Park” and need your help to get it off the ground.

Will you take 30 seconds to sign it right now? Here’s the link: 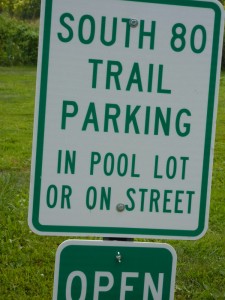 I, like many other Mariemonters, am enjoying the 1.4 mile scenic trail around the 80 acres of farm land in the flood plain of the Little Miami River owned by Mariemont. This ample walking and biking path is a fine addition to the range of activities offered to residents of the Village.

The media contains many articles about the Wasson Line Bicycle Trail, the Eastern Corridor Project that would extend Red Bank Road to Route 32, and the Oasis Trail Transit study for public light rail transportation connecting to Downtown Cincinnati. Each of these projects impacts Mariemont’s South 80 acres. However, many barriers such as zoning, ownership, eminent domain, preservation, safety, cost and engineering stand in the way of any of these projects becoming reality any time soon.

When I hike the trail, I see additional opportunities for the Village to utilize this area such as:

If the Village really pursued a robust recreational strategy to develop the 80 acres, I think it might preempt the Ohio Department of Transportation (ODOT) from routing the connector through that area. Does this approach make sense? Let us know your thoughts.

Mariemont: the Remodeling Capital of Ohio

Virtually all Mariemont homes feature one or more major additions or renovations such as conversion of the garage into a playroom, the replacement of casement windows, and the building of a family room or extra bathroom.

Typically, homeowners think of remodeling costs in terms of how much money they have in the bank rather than the home improvement project as an investment in the resale value, curb appeal, and marketability of the home.

Here is real estate data regarding the estimated average ‘appreciation value’ and return on the investment of various types of home improvements in the Midwest region.

As is readily apparent, each type of improvement has a different return value which should be a considered when making the final decision to proceed with a major project. You might wish to consult with friends in the real estate or construction business. 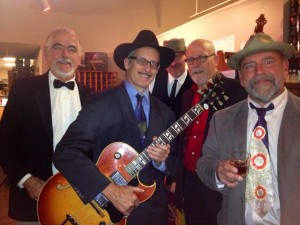 The sensational Burning Caravan Jazz Ensemble entertains with ‘gypsy swing’ every Wednesday night beginning at 6PM at the Dilly Café. The five or more piece band under the direction of Paul Gibby with an outstanding cornet player and vocalist Chris Miller consistently energize a full house of diners with their unique brand of ‘swing’. The swing music features tunes by Cole Porter, Louis Armstrong and other swing masters and compliments the fine beers, wines and cuisine at the Dilly. The band

displays a wonderful mix of polished musicians that play for the fun and passion of fine entertainment.

The History of the Burning Caravan: It all started as an offshoot of the Cincinnati Gypsy Jazz
Society about 3 years ago. Paul Gibby and Janie Yates from Terrace Park
mastered Django Rheinhart tunes on the guitar and this resulted in the formation of a larger group including Mike Firesheets (drums), Pete Brown (bass) Chris Miller (cornet and vocals),  Mike Barrett (rhythm guitar), and Dave Edmundson, (banjo and vocals).

Wednesday night at the Dilly is no ordinary experience!

Mariemont Community Church Boy Scout Troop 149 will open shop. See comments below for the hours of operations. It will be located at the Mariemont Municipal Building again this year to provide quality, freshly-cut Christmas Trees to the Residents of Greater Mariemont. The Fraser Firs, White Pines and Canaan Firs of sizes ranging from four to twelve feet in height come from North Carolina. Christmas Wreaths and pine roping

The teams of Scouts, Scout Leaders and Volunteers have a tradition of providing outstanding personalized service in helping you procure your live tree. 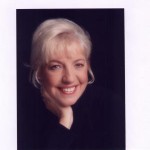 Meet local author Cheri Brinkman, author of Cincinnati & Soup: Recipes from the QueenCity and Great Soup and Cincinnati & Soup:  A Second Helping—More Recipes from the Queen City. Cheri Brinkman shares recipes as well as local celebrity anecdotes during this fun-filled presentation.  Monday, November 13 at 6:00 p.m.  at the Mariemont Branch Library. 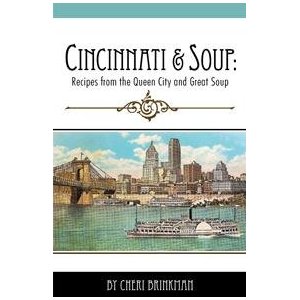 Tips to manage moss, algae and lichen deposits on the roof

Mariemont has a large stock of mature shade trees that overhang roofs causing a favorable environment for the growth of moss, algae and lichens with associated accumulations of dirt. I have found a simple way to remedy the problem. First, I spray the deposits and discolored areas with a weak solution of Chlorine bleach (Clorox) to kill the moss and algae. I then use a garden hose with a nozzle to spray off the residue. I have not found it necessary to use a power washer which can damage the shingles if used improperly. We welcome other ideas and suggestions.

Leaves, Leaves everywhere, but not on the trees

Due to a very hot and dry spell during the summer, the weather bureau predicted an earlier date this year for the leaves to fall. Their forecast was accurate and huge piles of leaves are accumulating on the curbs in Mariemont with no relief in sight as the first leaf pick-up is scheduled to occur the week of November 5th. Why this late date was selected is a mystery, but I think, if there are enough complaints, the Village might consider starting earlier to clean up this mess.

The Leaf Machines have arrived. Hurrah! 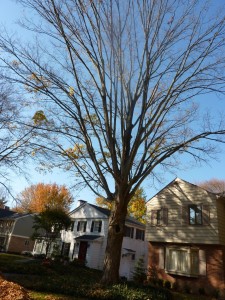 Where are the Leaves? 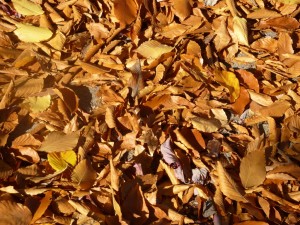