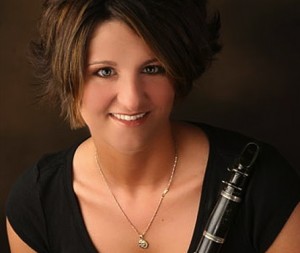 “Creating opportunities for remarkable musical experiences and arts enrichment for our students is a major focus here at Mariemont City Schools,” said Steven Estepp, superintendent of Mariemont City Schools. “I strongly believe Angela is the ideal candidate for our band director, to continue the positive collaboration and momentum our music program has today.”

Prior to her work at Highland High School, Angela was the director of bands at American Fork Junior High and High School (American Fork, UT) and Bull Run Middle School (Gainesville, VA). Her performing groups have participated in region and state events and have consistently earned excellent and superior ratings.

Pontious earned her Bachelor of Science degree in music education from Ball State University and her Master of Arts degree in arts administration from Florida State University. She is a published author, focusing on topics such as technology in the classroom and music coalitions. She has also volunteered with the Utah Symphony and Miami University’s Performing Arts Series in Oxford, Ohio.

“I am incredibly excited to be the next band director with such a remarkable school district and community,” said Angela Pontious. “The program is in a steady place right now, and I am looking forward to taking the bands to the next level. I am also looking forward to getting to know the students, families and community members who make the school’s music experience such a special one.”

Rick Canter, the school district’s current band director, accepted a position at Walnut Hills High School, beginning this summer. The process to select the district’s next band director included several rounds of interviews, which included staff, administrators, parents and students. The Mariemont Board of Education will officially vote on the recommendation of Angela Pontious as the district’s band director at the June board meeting.